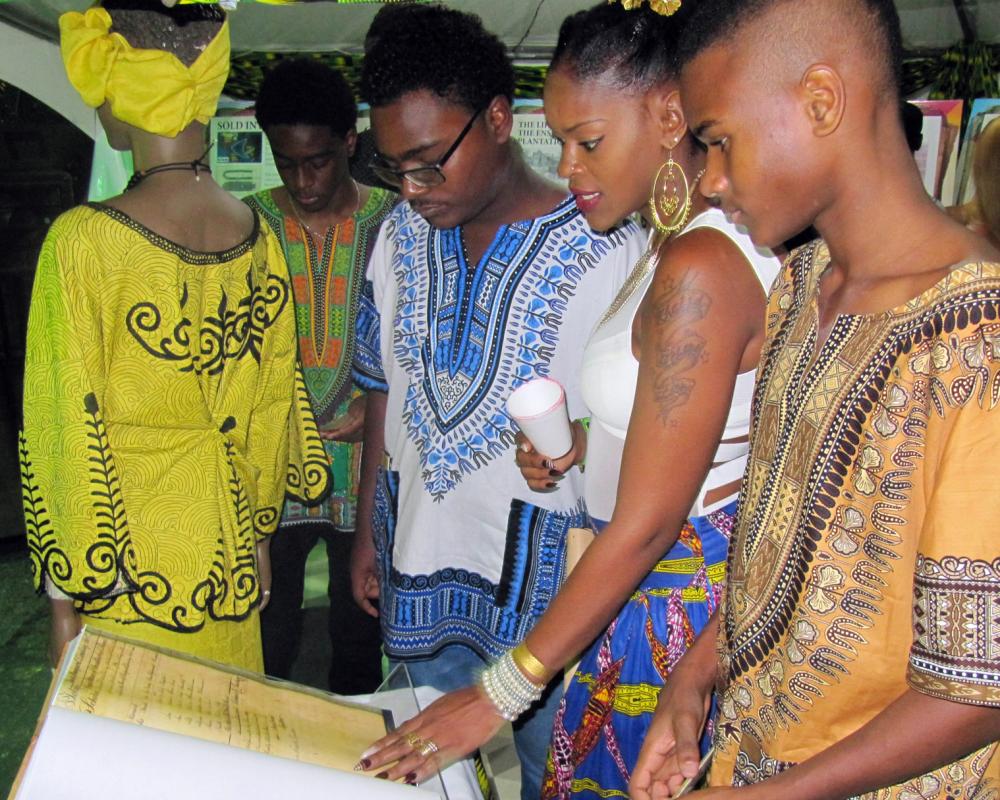 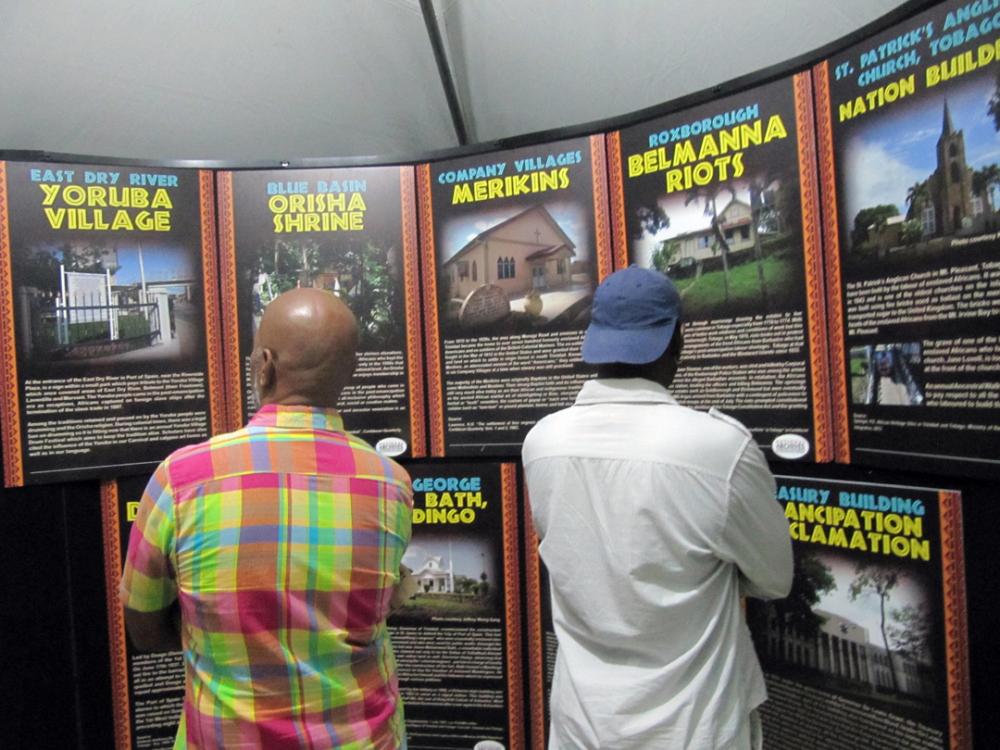 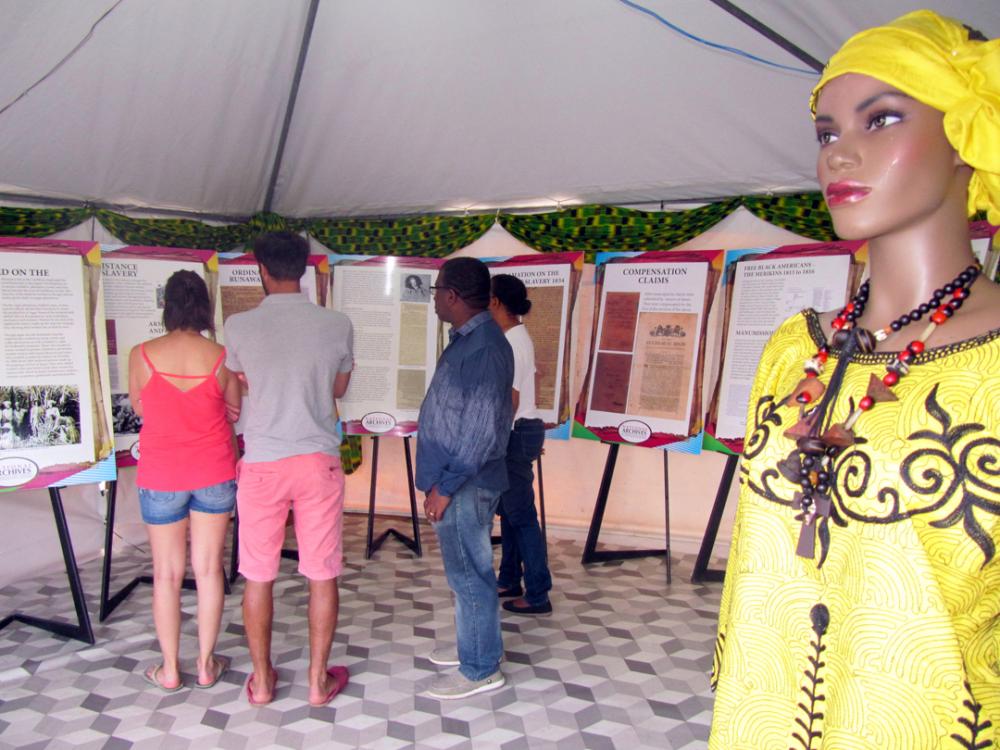 The National Archives joined in the national commemoration of Emancipation Day on 1 August 2016 in both islands of Trinidad and Tobago.  In Trinidad, two exhibitions were mounted at the National Archives’ booth in the Emancipation Village, Queen’s Park Savannah, from 29 July to 1 August 2016.  One exhibition told the story of the enslaved while the other focused on stories of African resistance and resilience in familiar places.  The story of the enslaved was also featured at the Emancipation Village held at the Pigeon Point Heritage Park in Tobago.

In Trinidad, the event was organized by the Emancipation Support Committee, and in Tobago, the Division of Community Development and Culture, Tobago House of Assembly, led in the organization of the emancipation celebrations.

Visitors to the booths were able to peruse a copy of a Tobago slave register which listed the enslaved Africans following the abolition of the Slave Trade in 1807. In Trinidad, visitors were able to access and search digital copies of the registers at www.ancestry.co.uk  a genealogical website, which provides free access to Caribbean slave registers.

With a mandate to preserve and make accessible the nation’s history and archives, the National Archives was pleased to have participated in the two events and was encouraged by the response from members of the public.

For those who were not able to visit our information booths, you may visit the National Archives’ Search Room to view the exhibitions which will run until 26 August 2016.