World Wars I and II Exhibition now available for viewing

The National Archives of Trinidad and Tobago presents

The World Wars have influenced much of our culture and history worldwide. The death of the Archduke Frantz Ferdinand was essentially the main catalyst that fueled the flames of the First World War. Britain, being a main player in these proceedings saw it fit to draw manpower from their Caribbean colonies and as such many persons served valiantly and even lost their lives. Chiefly among these persons were Uriah “Buzz” Butler and Arthur A. Cipriani, who would later become major players in both the labour and political forefronts of Trinidad and Tobago. With the dawn of the Second World War – the Caribbean colonies became a foreground for displays of military prowess from both sides of the battle. Colonies such as Trinidad and Tobago were deeply entrenched in this display of prowess as a Detention Camp as well as major military bases were constructed at Chaguaramas, Carson Field and Waller Field.

The National Archives of Trinidad and Tobago is pleased to present our exhibition in commemoration of the World Wars entitled, “The World Wars: Onset, Impact and Caribbean Legacy” which explores the little known facts about World Wars I and II and the role that Trinidad and Tobago played in each. The exhibit features primary records from our repository and a model of the Waller Field Air Base. This exhibit was first mounted in February at the History Conference on the World Wars for CAPE students hosted by the Bishop Anstey and Trinity College East Sixth Form. It is now available for viewing in our Search Room and will remain up until the end of April 2015. Our viewing hours are Monday –Thursday 8:15am-4pm and Friday8:15am-3:45pm at the Search Room.

One of the highlights of our exhibit is a hand crafted model of the Wallerfield Air Base shown below. 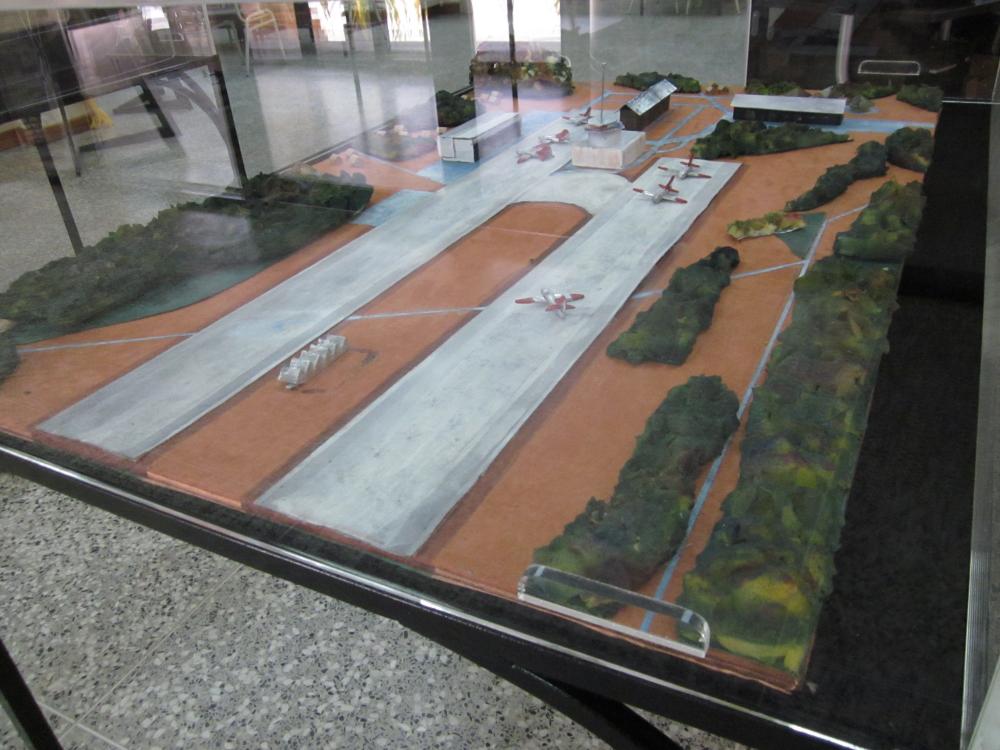 Get a peek at some of the topics covered in the exhibit below:-

Main events of the Great War

Causes and Consequences of the Great War

Veterans of the Great War

Causes and Consequences of WWII

War News Supplement of the Port of Spain Gazette